Being totally obsessed with organisation and wanting to keep tabs on all my medical expenses, I have kept every bill and receipt since this medical nightmare has began. In a tidy little spreadsheet I have a log of where every penny has gone, and in addition I have gained a huge realisation of how costly this illness has been and continues to be, I believe at large due to the lack of support from the NHS.

Prior to getting a diagnosis, I went from doctor to doctor in desperation and spent around £4000 on additional tests, scans and consultations as I just could not sit back and allow the medical system to give up on me. I did not want to be another un-diagnosed case, labelled with Chronic Fatigue or Fibromyalgia, when I knew in my heart there was more to my illness than this. Through thorough investigation and research, I believed that there was more to my health than what the many doctors were discovering or not discovering! Following my gut instinct and taking on board all that I had read, I was convinced I had Lyme disease and I was only one blood test away from having that proof on paper. As you may know from reading my earlier blogs, I tested positive for the bacteria Borrelia Burgdorferi, and was diagnosed with Lyme Disease (Lyme Borelliosis) in 2013, over a year after I became symptomatic.

It is now May 2014 I have just totalled up my 3 & half months stay for treatment in California. I have already spent just over £20,000. This is inclusive of all medical bills as well as return flights and accommodation. After spending such huge sums of money, I wish I could say I was magically better, but the reality of this disease is that it’s not easily treated and there is no cure, just the hope of remission. The intensive IV treatment however has given me the best start at fighting these infections, and I am now under the supervision of a fantastic doctor in the USA at a clinic which I think truly saves peoples lives.

The fundraising money has now all been spent and I now continue to borrow money whilst I keep fundraising in order to afford this long term treatment. I am aware and careful not to stop treatment as I don’t want to ‘un-do’ all the progress I have started to make.

I am currently attending a private clinic and spending £185 a week to have high dose vitamin IV’s as well as other IV supplements to help clear my detoxing pathways. I still can’t believe that even this type of nutritional support can not be given to me on the NHS. This disease is so mis-understood and even with the lab results clearly stating in black and white a diagnosis, I am still unable to get any medical support in this country. My recent antibiotic prescriptions for just a month have totalled £120 and this is not including all the herbal tinctures and supplements I have to pay for. I am currently on a strict diet of no gluten, sugar or dairy due to the huge gastrointestinal problems I have developed. I have tried to get something as basic as a ‘gluten free prescription allowance’ through my local GP, and even this is refused as you only qualify if you are officially allergic to gluten!

I can’t believe how everything seems to be such a battle and yet if the medical system could cooperate even on a small level this wouldn’t be such a struggle. I can’t work, I can’t pay my rent, or afford my medical bills and I think it is pure neglect that is allowing this situation to even exist. I sit here baffled today at why I have had to pay national insurance or tax in this country, as I am clearly getting nothing back in return. I am so desperate for their support and need it now more than anything. No one should feel forced to seek medical help in another country nor should one have to battle for support when they barely have the energy to get out of bed every day. More than anything all I want is to get as well as possible, work again and live my life with some degree of normality, surely that isn’t too much to ask. I used to agree with the saying that ‘money can’t buy your health’ buy clearly in this situation it’s the complete opposite. It seems I can’t put my life in the hands of the medical system here, and I am not willing to stop fighting for my health, and so my struggle continues as I try to beat Lyme Disease relying solely on the donations from family, friends and complete strangers. 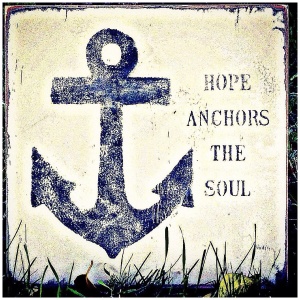