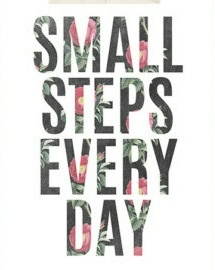 I begin with looking back to the summer months this year as my treatment continued. I was put on a number of different antibiotics as my infection load was still very high and I was still battling Lyme and co-infections. This included Doxycycline, Septra, Malarone, Tinidazole and Valtrex. Although antibiotics were key, the herbals have continued to play a huge part in my protocol too. I have always been aware to keep the balance of herbs in the protocol as I feel they have the power to really heal the body in so many ways. I also trust that they help to un-do the detrimental effects of long term antibiotic use. One of the most difficult parts of this disease is the fact it is such a long term journey to recovery, and there is no guarantee that each medicine I try will work. I have noticed whilst taking each medicine, that it often seems to have the desired effect on the infection it is targeting, but then the remaining symptoms of others infections tend to escalate. Its like you can never catch up! It is also not possible for each antibiotic to be able to treat all infections, or to take too many at once, as the body and more importantly the liver just gets totally overloaded. The toxin load can be so dangerous and already being aware that my genetic make-up doesn’t make it simple for my body to detox, I have had to take treatment slow and steady. Doxycycline & Tinidazole: I was on high dose of Doxycycline for a long period over the summer and this has its own complications. Firstly at such a high dose it makes the skin extremely sensitive to the sun so it was a shady seat under the garden umbrella for me! On a more complex note, when you treat Lyme Disease at such a late stage, it becomes disseminated throughout the body and the spirochetes play a game of hide and seek. With the infections spread from the blood to a variety of organs and joints of the body, it makes it so difficult to try and combat. When treated with Doxy it continues to try and avoid destruction. Like a chameleon it can change formation and takes on a cyst structure, protecting itself from the medication. This means because of the bacterias behaviour under attack, I had to take an additional medicine at the same time called Tindiazole. This impairs bacterial enzymes and removes the biofilms which can block both the immune system and the antibiotics. Septra DS: This is a medicine that has been used for years to treat a host of actute and chronic infections. I was mainly targeting the Bartonella infection with this. My symptoms with this infection have been debilitating headaches, light sensitivity, restlessness, back pain, and what I can only describe as a more heightened sense of irritability and often very emotional state. I feel like the infection has the ability to really have an effect on someones mental state and whilst treating this I definitely felt on edge and more irattional. I have previously tried Rifampin for this co-infection, but as mentioned in previous posts my reactions to this were much worse than a herx reaction. My body could just not tolerate this medicine at all and it even landed me in hospital. Malarone: Malarone is more commonly known in both the treatment and prevention of Malaria. This is a combination of two main anti-parisitic ingredients atovaquone and proguanil hydrochloride. It is used in the treatment of Babesia. This co-infeciton is a protozoal parasitic infection, not a bacterial one like many other of the tick-bourne infections. Malarone and Mepron are two of the primary medications used in the treatment of Babesia, and the choice to go with Malarone, was purely down to it being marginally less expensive as my treatment is till being self funded with no support or medication being issued by the NHS. Whilst being on all of the above mentioned antibiotics, it has been really important that I had routine liver function tests and full blood count. This is to ensure there is no detrimental effects from taking the medicines, just the zapping of persistent bugs that have invaded my body! So, as it has been a while since I last posted this is just select information as a start to update you all. I have so much to tell you, but I don’t want to hit the information overload button! I will continue to discuss medication and the highs and lows of lyme life in more posts to follow. Thanks for reading and for continually supporting me on this journey back to good health. I would not have the strength to keep fighting on some days without this support network. It means the world. There will be life beyond Lyme Disease and I will discover it. Big Love, Chantelle x